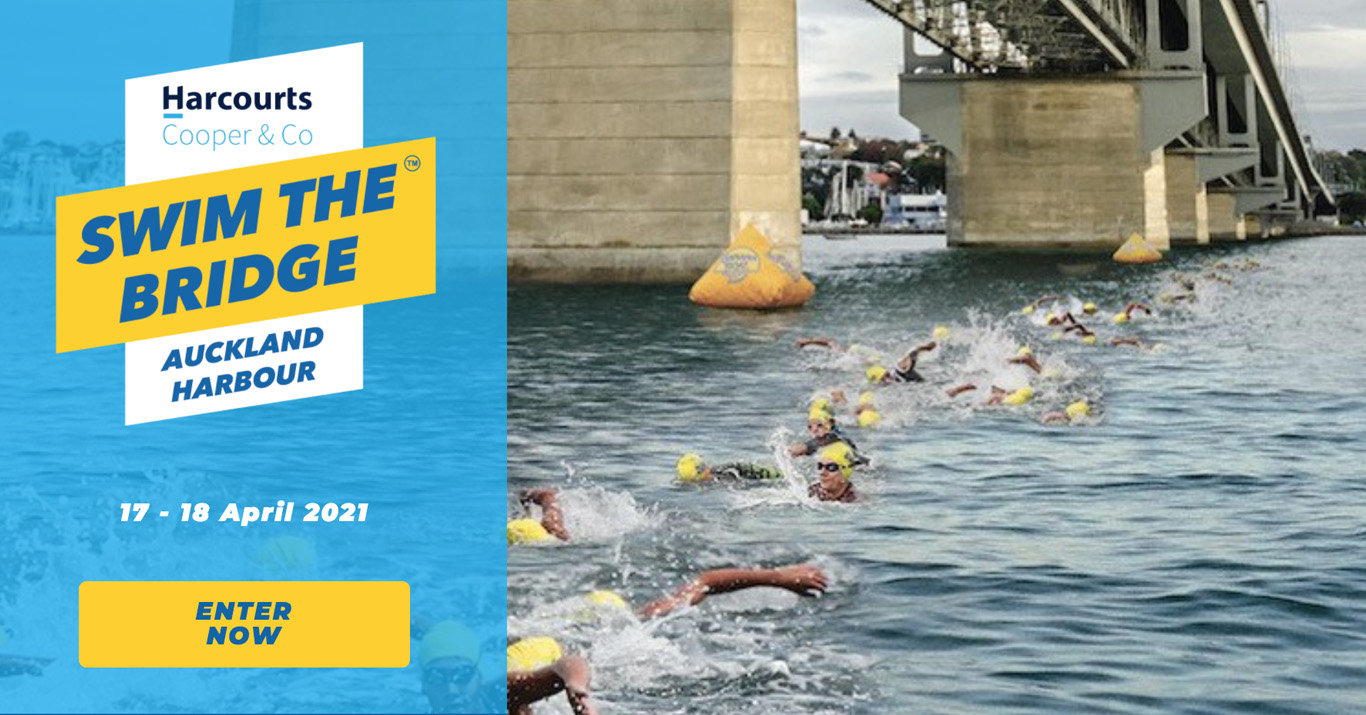 Much like the city of Auckland itself, the Harcourts Cooper & Co Swim the Bridge is big, bold and unforgettable! Spanning the Waitemata Harbour as one of the most recognisable landmarks in the country, the Auckland Harbour Bridge is the most high-profile event location in the Series, drawing record-breaking number of swimmers and their supporters on both sides of the harbour.

There’s nothing quite like swimming across the most prominent marine highway in New Zealand, under the shadow of the busiest bridge, and emerging on the city side of the harbour to the roar of the finish line crowd to really make you feel like an absolute champion, especially wearing your exclusive finisher’s medal!

After a sell-out debut in 2019, our new Harbour Crossing™, this is the only two-day event on the Series calendar due to huge demand for the chance to take on a double-whammy of the ‘coat hanger’ and do both the 2km Double Crossing and 1km Single Crossing. After the 2k Double Crossing on Saturday 17 you can join us for a well-earned beverage and Series Awards at the Ponsonby Cruising Club.